The Tuscaloosa Museum of Art had a lot of interesting exhibits. A few exhibits caught my eye such as the portrait of Private McKinney. The portrait had just got there that day and she said that it was so big it couldn’t fit through the door. It was him dressed in 1760s New York City Private Uniform. The pictures the relate to the class were the confederate guerillas picture that showed three guys from the confederate on the ground pointing guns to shoot in the civil war. We talked about the formation of the civil war in 1861, one year before Abraham Lincoln first term as president. This was a fight with both guerrillas and the unionists in the south. She told us that the majority of the civil war guerrillas was called bush whackers. In the picture that I’m discussing it shows why they are called that because they are hiding in the forest lines. They used this as camouflage to attack others because they wouldn’t think that they were there so it was a surprised when they popped up and killed you. They usually had on regular clothes and didn’t have no affiliation with the confederate army. They were a confusion for the union army who couldn’t distinguish them from being peaceful and when they did think they were peaceful, the guerrillas would attack them. I thought this was very important piece to talk about because we talked a lot in class about the confederate.
Attachments_201551 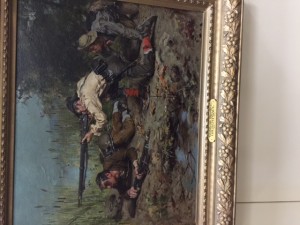 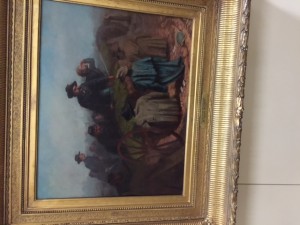 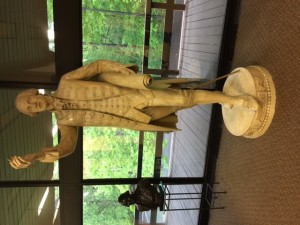 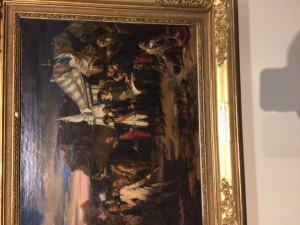