The Tuscaloosa Museum of Art is a little-known gem of Tuscaloosa. Located off of Jack Warner Parkway, it is home to the Westervelt Collection of art. Jack Warner collected around one thousand works over the span of several decades. This collection is considered to be one of the greatest private collections of American Art.

At the entrance to the exhibit is the Colonial/American Revolution Gallery. President George Washington only personally posed for a few paintings in his lifetime and the Tuscaloosa MOA houses one of those paintings. This gallery also contained many portraits of Native American life during the Colonial era. Some of these paintings include depictions of standoffs between Native Americans and settlers. They also depicted games of lacrosse and wars between battling tribes.

Included in the Jack Warner's collection is a gallery of Civil War paintings. These paintings included a depiction of a Confederate camp that was hung in the Oval Office from 1976 to 1989. 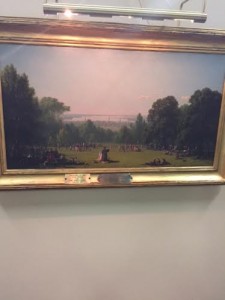 Another great painting was a depiction of Union soldiers at dawn awaiting the Battle of Gettysburg. 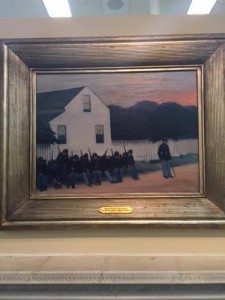 This gallery also featured depictions of rural life at this time in history. One painting was of a young slave fishing while a young boy ate apples. 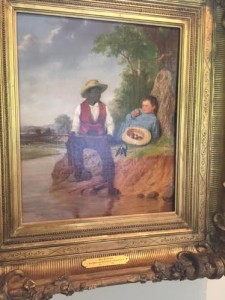 This museum is a great peek into the culture and daily life of Americans in the early days of our country's life. I would highly recommend taking a tour of the museum as it features some of the greatest and works of American Art.