Today I visited the Tuscaloosa Museum of Art located on 1400 Jack Warner Pkwy NE. The first thing that stands out about the Museum of its Oriental building design which is rather unique and is a very nice building(5). The Museum belonged to a wealthy Tuscaloosa business man by the name of Jack Warner.

The Museum contains many works of art from the time of 1775 onward.  The paintings vary greatly from year, artist, influence, meaning, and size. When you first walk in there are many portraits and landscape paintings. I am no art enthusiast, but I was a fan of some of the massive landscaping paintings that were very impressive. On the left wing of the building there was many photographs of native Americans hunting, socializing, playing lacrosse, fighting, and many others.(1) They had many sketches, water color, as well as oil base paintings. In the Middle, The museum had a large statue of John Hancock portraying him post signing of the Declaration of independence(2), as well as other paintings portraying the signing of the declaration and other key american history events. I even stumbled upon a picture that used to hang in the oval office from 1976 - 1989. (3)  Towards the back I found more Civil war related photos that showed very little fighting but more of soldiers preparing for battle. (4) There were also paintings of slaves typically having a good lifestyle pre 1865 which I thought was interesting and may be a product of the collectors choice of what to collect and not collect. 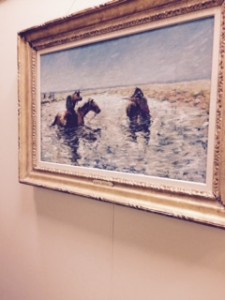 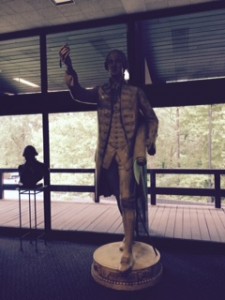 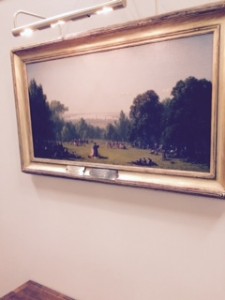